Try a cup of Honduran coffee for free at Black & Brass Coffee Roasting Co., 520 Main St. in Honesdale on Sat., Nov. 26 from 11am-4pm. The event, sponsored by the Northeast PA Audubon Society, showcases “shade-grown” coffee grown by a collective of Honduran farmers. That evening, starting at 7pm at the Chamber of Commerce on Commercial St. in Honesdale, we will host a fascinating program on how such shade-grown coffee helps provide habitat for threatened birds that summer in our area. Featuring lots of great photos, you’ll learn all about where this special organic, shade-grown coffee comes from in Honduras and how it is grown.

The “Honduran” coffee available at Black & Brass in Honesdale is cultivated at over 4,000 ft. above sea level in the mountainous region of Marcala in southwestern Honduras — an area renowned for producing some of Central America’s highest quality coffee. It’s also an area where Golden-winged Warblers and other migratory songbirds spend the winter.

“Many of ‘our’ birds actually spend more time elsewhere than they do with us,” says Chris Fischer, Conservation Co-chair of the Northeast PA Audubon Society. “Migratory bird species depend on a variety of sites throughout their annual migration cycle: their breeding grounds, wintering grounds and stopover points while in transit. Threats encountered at any point during the migration cycle can have dire consequences.”

One of the most threatened songbirds in North America, the Golden-winged Warbler has one of the smallest populations of any songbird not on the Endangered Species List. Once found throughout Wayne County, sightings here are now considered rare.

One of the main reasons for its sharp decline is habitat loss, both here in the U.S. where the Golden-winged Warbler breeds and in Central and South America where it spends the winter.

You can make a difference — helping save the Golden-winged Warbler and over 40 more of our other migratory songbirds — by choosing organic, shade-grown coffee.

The vast majority of coffee today is full-sun grown as it provides increased yields. Clear-cutting forests for full-sun coffee plantations increases soil erosion and contributes to deadly mudslides. Full-sun grown coffee requires large amounts of chemical fertilizers and pesticides, producing toxic run-off and acidifying the soil. In contrast, shade-grown coffee is grown beneath the forest canopy rather than in the full sun, preserving biodiversity and providing important habitat that benefits many bird species and other wildlife.

Sun-grown coffee comes not only at the expense of the environment, but of the coffee’s flavor. “Shade-grown coffee is a win-win for coffee drinkers,” says local coffee connoisseur John Harvey. “On top of being good for the land and wildlife, it has a superior taste because of the natural way it is grown. You get more taste from the soil just like with wine.”

The “Honduran” coffee available at Black & Brass in Honesdale comes directly from a small collective of independent organic shade-grown coffee farmers who are committed to their communities, biodiversity, and operating with complete transparency. Descendants of an indigenous Lenca tribe, they donate 5% of their profits to helping the children of Honduras.

These farmers were connected with Black & Brass via the Northeast PA Audubon Society in cooperation with Partners in Neotropical Bird Conservation (PINBC). Following an exploratory trip to Honduras this past February, PINBC was formed with the mission to promote bird conservation and education with an emphasis on Neotropical migrants using the Golden-winged Warbler as a flagship species. They are working with the coffee farmers to make their farms even more bird friendly in addition to helping them sell their coffee in the U.S. 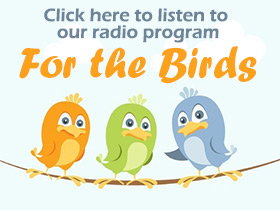